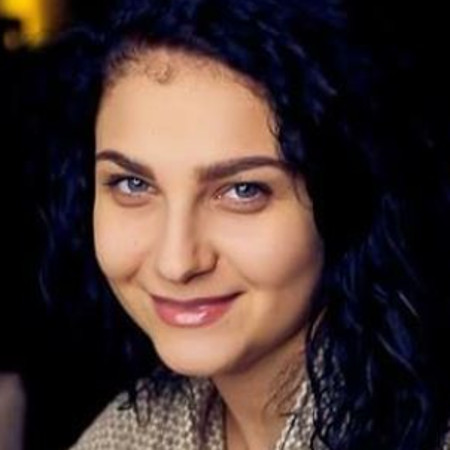 An experienced manager of international road safety projects including acting as Country Co-ordinator for the EU SENSOR project.

The Automobile Club of Moldova (ACM) and ProtectMD both play a key role in promoting road safety policies and awareness in Moldova. Virginia oversees and manages a range of international road safety projects for both organisations.

Trainer for the ”Keep your kids safe in cars!” project, supported by the FIA (Federation Internationale de l’Automobile), FIA Foundation, EASST (Eastern Alliance for Safe and Sustainable Transport) and in partnership with local national partners.
Expectant mothers and parents from kindergartens and schools were trained and informed about the necessity of child restraint systems use.  The “Keep your kids safe in cars!” project was a national campaign to promote the use of child restraint systems and child safety in transport units, and involved a series of initiatives to raise awareness of the population of the Republic of Moldova, such as public authorities, local authorities and relevant non-governmental organisations.

Trainer for the “Road Safety Education for Parents” project in partnership with the Swiss Agency for Development Cooperation (REPEMOL project), June 2016 – May 2017

ProtectMD Foundation launched a series of workshops for parents to raise awareness of road safety and road risk for the young road users, and increase their knowledge of preventive measures and actions. The project reached 200 Moldovan towns and villages, mainly in rural areas.

Virginia was the Country Co-ordinator for the EU SENSOR project. The South East Neighbourhood Safe Routes, was an EU funded project that implemented EuroRAP’s standardised protocols for the road safety assessment along 19,000 kms of the TEN-T road network in 14 countries in south east Europe. The project built on the established cooperation between automobile clubs, universities and road authorities.

Team Member, Capacity building of CSOs to promote road safety in Moldova, sponsored by the European Bank for Reconstruction and Development (EBRD), 2014

The ACM ran two projects as part of this initiative.
1) Road Safety Training in Congaz, Gagauzia, and in Peresecina. This training provided a better understanding of the Bank’s road rehabilitation projects and improved the knowledge and skills of Moldovan civil society to enable them to effectively raise awareness about road safety.
2) Safe Driving is Life. The ACM co-ordinated a campaign by the Formula 1 driver and EASST Ambassador, Alex Wurz, as well as the Ministry for the Interior and the State Road Police – to tackle the high rate of work-related road injuries in Moldova.

TRACECA Road Safety II projects in Moldova, Implemented by the ACM in partnership with GRSP and EASST. The TRACECA II project aimed to promote road safety and reduce road deaths and injuries in Central Asia, the Caucasus and Eastern Europe. ACM played a key role in its implementation in Moldova including running awareness raising projects: Road Safety Spectacle for Children and Bright, Seen and Safe. In addition, the ACM organised three sub-regional workshops as part of this project.

In collaboration with IMC Group and EASST, the ACM were selected by the EBRD to carry out technical cooperation projects under the Bank’s Global Road Safety Framework, delivering a wide range of road safety initiatives throughout the region.

An EU and UNDP project to analyse and report on road safety strategies for creating and implementing practical activities on road safety and social information campaigns in Tiraspol and Chisinau. The project lead by the ACM involved representatives of the road police department, municipal transport unit and non-governmental organizations from both banks of the Nistru river, and developed a common strategy Chisinau and Tiraspol.

The ACM facilitated and organized key-events of iRAP locally, involving stakeholders and coordinating the project activities. More than 2,500kms of key Moldovan roads were assessed, problems have been diagnosed and affordable remedies identified. The findings influenced the design of road projects shortly to be built and in preparation. The report identified 20 types of improvement tailored site by site as top value-for-money priorities. For every Lei invested, 5 Lei would be returned to the economy. Priorities include pedestrian crossings at 760 sites; roadside barriers over 260km; 2,000km of shoulder treatment; 1,160km of road markings; 60km of central hatch markings to guide safe overtaking; 50 roundabouts; and 10km of clearance of roadside hazards.

Virginia was part of the team that organised a high-profile launch event drawing in support from the Ministry of Health, Ministry of Internal Affairs, Ministry of Transport, Road Traffic Police, the Union of Motorists of Moldova and the Society of the Disabled. The event was addressed by the Prime Minister and generated a large amount of media coverage.

In 2009, the “Make Roads Safe” campaign was launched at a national level with the aim to raise road safety awareness and decrease in number of road crashes cases and victims. Virginia was part of the team that organised the campaign and collaborated with local and external stakeholders.

2011 Degree in economics, Specialty: Banks and Finance at the  Academy of Economic Studies from Moldova.