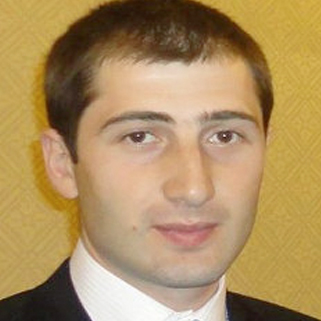 Irakli has led and managed a large range of road safety and sustainable transport projects for government, private companies, NGOs and development banks in Georgia.

Irakli is the Director of the Partnership for Road Safety, which works to make Georgia’s roads safe for all road users and to reduce Georgia’s high number of road casualties and injuries.  It promotes joint projects between the public, private and NGO sectors to reduce traffic deaths, raise awareness of road safety issues, promote a road safety culture and support road safety education.

The Georgian Partnership for Road Safety is a proud winner of a Prince Michael International Road Safety Award.

This three-year project aimed to increase seat belt use in Georgia. In 2010, by building effective coalitions between public and private sectors, the project contributed to the introduction of legislation that made the use of seat belts mandatory in the front seat of all vehicles. These efforts have contributed to a measurable reduction in road fatalities and a significant increase in the use of seat belts. In 2011, as a result of a new law, 98% of drivers and 97% of front passengers on the highways wore seat belts. In the capital city Tbilisi, the figure was 95% compared to just 1% previously. This has contributed to a significant decline in road traffic fatalities in Georgia since 2011.

Project Coordinator/Legal Consultant of the project “Increasing Road Safety Education” (2008-11)
A youth road safety education project to teach road safety and distribute free teaching resources in primary schools across Georgia. The project reached over 150 schools and more than 20,000 children in Tbilisi and the regions. Independent evaluation showed that after the project, road safety awareness of the participants increased by 70%.  Following the success of this pilot project, the Ministry of Education of Georgia used the programme as a model for introducing road safety into the school curriculum.

Project Manager “Road Safety Awareness and Knowledge Increase in the Mountainous Part of Adjara Region” (2016)
This project was implemented in partnership with “Adjariskali Georgia”. The project aimed to increase the road safety knowledge of the children and local people of the mountainous part of Adjara.

Project Manager “Promoting Cycling as a Transport” (2016)
Partnering with the “Tbilisi Cycling Club” this project implemented the “Cycling is Healthy, Cycling is Good!” project with the support of Tbilisi City Hall, which promoted cycling as a mean of transport.

Project Manager, “Awareness and education road safety campaigns on E-60 Tbilisi-Poti Corridor and in Settlements along this highway Corridor” (2016)
This project was implemented in partnership with the Roads Department and financed by the World Bank. The project aimed at decreasing the number of death and injures on E60 Tbilisi-Poti corridor.

Project Manager “Awareness and education campaigns on road safety in Kakheti Region” (2015)
Kakheti Regional Roads Improvement Project was implemented with the support of Ministry of Regional Development and Infrastructure and World Bank. Educational road safety lessons for children and teachers were delivered at schools in Kakheti. Public awareness campaigns encouraged drivers, passengers and pedestrians to obey the traffic rules. The goal of the project was to improve the road behaviour of all road users and to increase the safety level of local people in the Region of Kakheti.

Project Manager “Clean Air for Georgia” (2014-present)
The number one cause of Georgia’s high level of air pollution is road traffic, which accounts for 80% of all air pollution. To make Georgia’s air cleaner and healthier, Ecovision, Partnership for Road Safety and Elva Community Engagement launched an innovative citizen engagement project with support of the East West Management Institute and USAID. The project tracks air quality levels throughout Georgia with the use of 40 “Air Quality Eggs”, an innovative air quality monitoring mechanism. The results are automatically analysed by Elva’s online portal. This allows citizens to track air quality levels in their area, and compare them with other regions. Additionally, a comprehensive advocacy campaign to increase awareness of air quality levels was organised.

Project Manager “Road Safety Education for Schools of IDP” (2013 – onwards)
This project provides road safety education for schoolchildren in Abkhazia is currently ongoing. It contributes towards the achievement of Georgian national goals in education. The project aims to prevent the growing number of road accidents by increasing road safety awareness among school children, especially among disadvantaged youth from Abkhazia and South Ossetia. The project targets 25 public schools with disadvantaged children from conflict regions in eight towns. The aim is that 3,000 disadvantaged children will receive training, road safety materials and books.

Project Manager “Friendly Roads” (2013 to present)
The Partnership for Road Safety has created a joint program with the company Elva. The project aims to engage the public and create a map of road crash ‘black spots’ in Tbilisi and regions of Georgia. As part of the project, community engagenment activities are planned throughout the country to explore solutions and find ways of reducing incidients at some of the black spots.

Project Manager “Choose the Safe Way” (2012-2014)
This project was implemented with the support of BP Georgia. The goal of the project was to decrease deaths and injuries on Georgian roads by working in partnership with Parliament of Georgia and raising public awareness.  The project addressed the issues that could make the greatest impact towards reducing road traffic injuries amongst vulnerable road users such as pedestrians and children.

Project Manager, “Protect the Children’s Lives on the Georgian Roads” (2012-2013)
This project aimed to protect children’s lives by increasing the use of child restraints. The project promoted the message that children aged 0-12 should not occupy the front passenger seats, and raised awarenes of the importance of seat belts and child restraints in the back seats of vehicles.

Project Manager, “Road Safety Children’s Traffic Grounds Established for Georgian Schoolchildren” (2011-2012)
This project established ‘Road Safety Simulation Areas’ in schools and kindergartens in Tbilisi. The Simulation Areas reflect the real traffic situation in Georgia, with traffic lights, traffic signs and other features. The project was supported by the Estonian Government, Tbilisi City Hall and the Ministry of Education and Science.

Legal Consultant, “Be Visible Be Safe” Project. (2008-2010)
This project researched and analysed pedestrian behaviour. The aim was to research and analyse the attitude of the Tbilisi population towards the underground and overground crossings. The research explored the public’s reluctance to use crossings and looked at possible strategies for increasing their use.

University of Georgia, School of Law, PhD in Law, 2015