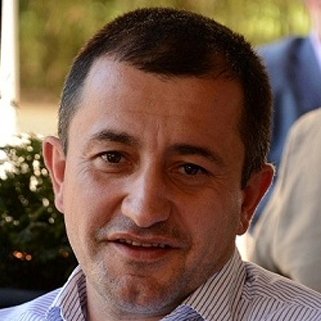 Gela has over 10 years of professional experience in road safety and sustainable transport issues.  He has a track record in securing legislative change as well as working on EU and development bank projects.

Seat Belt Use in Georgia, USAID, BP, the FIA Foundation for Automobile and Society and Toyota Caucasus
As Chairman of the Partnership for Road Safety, Gela headed up the three year project to increase seat belt use in Georgia. In 2010, by building effective coalitions between public and private sectors, the project contributed to establishing legislation that made the use of seat belts mandatory in the front seat of all vehicles in Georgia. These efforts have contributed to a measurable reduction in road fatalities and significant increases in the use of seat belts and other protections. In 2011, as a result of a new law, 98% of drivers and 97% of front passengers on the highways were recorded using seat belts. This has contributed to a significant decline in road traffic fatalities in Georgia since 2011.

Youth Road Safety Education project, Partnership for Road Safety and Ministry of Education and Science of Georgia
Between 2008-11, the Partnership for Road Safety ran a Youth Road Safety Education Project to teach road safety and distribute free teaching resources in primary schools throughout Georgia. The project reached over 150 schools and more than 20,000 children in Tbilisi and the regions. Independent evaluation showed that after the project, road safety awareness of the participants had increased by 70%.  Following the success of this pilot project, the Ministry of Education and Science of Georgia used it as a model for introducing road safety into the school curriculum.

Reform to the Child Restraint Law, Partnership for Road Safety and the Parliament of Georgia, 2012-14 (supported by the Westminster Foundation for Democracy, the European Union and Georgia Young Lawyers Association)
Gela headed up the Partnership for Road Safety’s participation in the “Developing the Dialogue on Public Policy between Non-Governmental Sector and Parliament of Georgia” Programme.  The project focused on the importance of children’s car restraints and preventing children from travelling in the front seat of cars. Gela and his team conducted primary research identifying a significant problem with unrestrained children in the front of cars – over 60% of children seated in the front and 15% of them unrestrained.  Following this research the Partnership for Road Safety worked closely with the Parliament to draft effective legislation to amend Georgian traffic law.  After a successful advocacy campaign, the legislative change was passed. Since March 2014, children under 12 are banned from travelling in the front seat of a vehicle.

Clean Air for Georgian Cities, financed by USAID and EAST-West Management Institute
The Partnership for Road Safety implemented “Clean Air for Georgian Cities” with the organizations “Eco Vision” and “Elva”. The purpose of the project was to promote healthier, cleaner air throughout Georgia’s cities through a powerful community-led advocacy and monitoring campaign. The project saw 80 air quality monitoring sensor eggs installed across Georgia and 25 eco clubs were established in schools. The air quality monitoring eggs measure the level of air quality pollution across the country. The eco clubs help collect the data and report the findings online as a public resource.  A public information film about the project has been developed and there is a planned TV and radio campaign to raise awareness of the project.

Other Academic and Policy Experience
Gela is an author of several policy papers related to road safety and sustainable transport development issues. He has given several lectures during the annual Road Safety Scholarship Program of the FIA Foundation, sharing his experience with young road safety professionals from around the globe. At present he is visiting lecturer at the Georgian Institute of Public Affairs.